Drug testing of the employees – legal boundaries and alternatives

More and more companies are complaining about employees that are suspected to use drugs during the working hours or coming to the workplace under the influence of drugs.

Considering the immorality and negative effects of this habit, the employers want to eliminate and/or to diminish such risks.

Drug tests on the suspected employees

In this respect, the most common envisaged measure is to perform drug tests on the suspected employees. Even if, at the first sight, this seems to be a reasonable measure to be taken, we will present below what exactly the employer is allowed to do and what it is prohibited to do, pursuant to the applicable legislation.

The unilateral right of the employer to test an employee suspected to take illegal substances is not provided neither by the Romanian legislation, nor by the European legislation.

In the jurisprudence and legal writings, drug and alcohol testing in the workplace are highly controversial, issues of privacy and human rights being raised.

Pursuant to the Convention for the Protection of Human Rights and Fundamental Freedoms, which was ratified also by Romania, the individuals’ right to privacy is guaranteed. The right to privacy protects the private life, the family life, the home and the correspondence.

The courts have interpreted the concept of private life very broadly, covering things like the right to determine the sexual orientation, the lifestyle, and the way the individuals look and dress. It also includes the right to control who sees and touches the individuals’ body, meaning that public authorities cannot do things like take a blood sample without the explicit permission.

Thus, it is considered that the employees cannot be forced to take drug and/or alcohol tests unless it is a condition of their employment and is set out in their contract of employment (as a mandatory requirement imposed by the nature of their job – e.g.: athletes, people working in pharma industry etc.) or if they have given their explicit consent.

Tests should be genuinely random

Assuming that a policy for drug testing in the workplace is implemented, these tests should be genuinely random, being discriminatory to single out particular employees for testing unless this is justified by the nature of their jobs or in case of drug consumption suspicions.

So what are the viable options of an employer in case of facing this problem?

Such statements are not solid evidences to prove a misconduct and to apply a disciplinary sanction, but they might put a pressure on the employee to accept the drug test and, moreover, in case the drug test is positive, they are needed to prove that the employee took drugs during the working hours. However, if no consent on the drugs test is given, the committee will emphasize that drug possession (even for own consume) is a criminal offense according to the Romanian law and the company will address to the competent authorities to investigate the case, if no cooperation from the employee to solve the issue internally.

Another option is to actually denounce the envisaged employee to the competent authorities. Pursuant to the Law no. 143/2000 on preventing and combating illicit drug trafficking and use, the drug possession even for own consume (this means that irrespective of the quantity found on the possession) represents a criminal offence and might be sanctioned with criminal fine or imprisonment. This means that the investigation authorities must actually find drugs on the employee in order to start the criminal prosecution.

If during the criminal investigation and court trial, the employee is placed under custody or home arrested for more than 30 days, the company is entitled to terminate the individual labour agreement (“ILA”). In case of home arrest for maximum 30 days, the ILA is suspended during such period of time.

However, such investigation might draw media attention, with subsequent consequences, such as repercussions on reputation and on business relationships. The companies are advised to analyze for every specific case the pros and cons for involving the authorities in investigations of its employee(s) suspected for drug use and to make a decision based on a business impact analysis.

The information presented above does not represent legal advice, is not to be acted on as such, may not be current and is subject to change without notice. 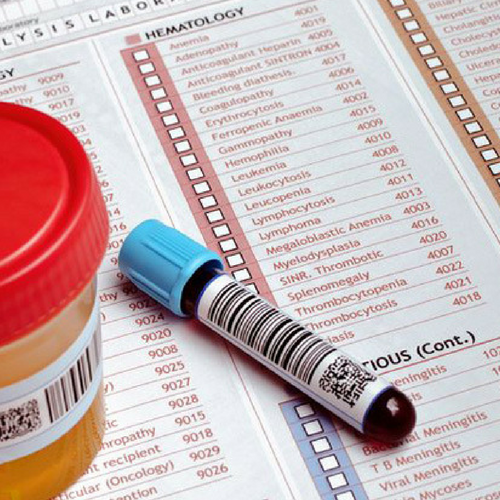 For more headlines, choose one of the categories below.